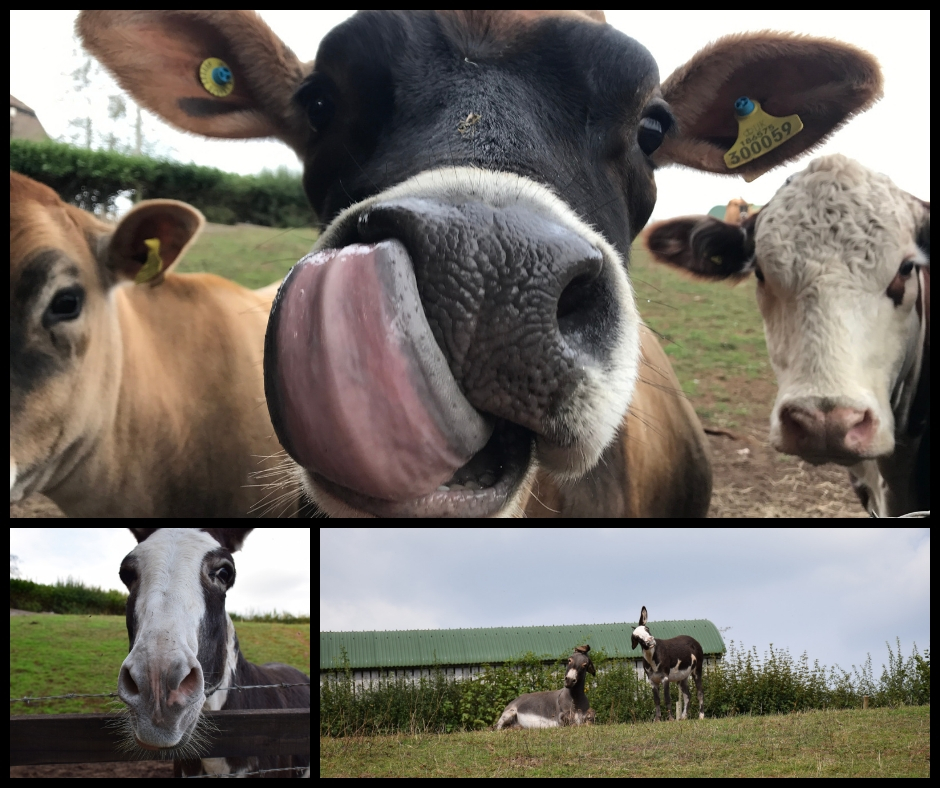 It was a lovely warm Saturday afternoon and I decide to go for a little stroll around Winterbourne’s footpaths and lanes to do some foraging and to explore. The Donkey’s and Cow’s followed me along the drive, I think would have like to come. I turned left heading down Cuckoo Lane. Almost straight away I came across a wall of lovely ripe and ready for picking black berries, I left them where they were, as I would be returning the same way and would pick them on the way back.

I continued up Bury Hill and along the lane, I’d also planned to visit Bury Hill Fort today too, after reading a recent newspaper article about it.  The Iron Age fort was built about 700 BC. The double earth ramparts are well preserved except on the western side.  One side of the fort is along a steep hill edge above the River Frome, the other 3 sides are flat.  The flat sides have been destroyed by quarrying.  There is a central ditch, with ramparts built on both the inner and outer sides of the ditches.  The Romans occupied the fort, to defend against invasions from South Wales. 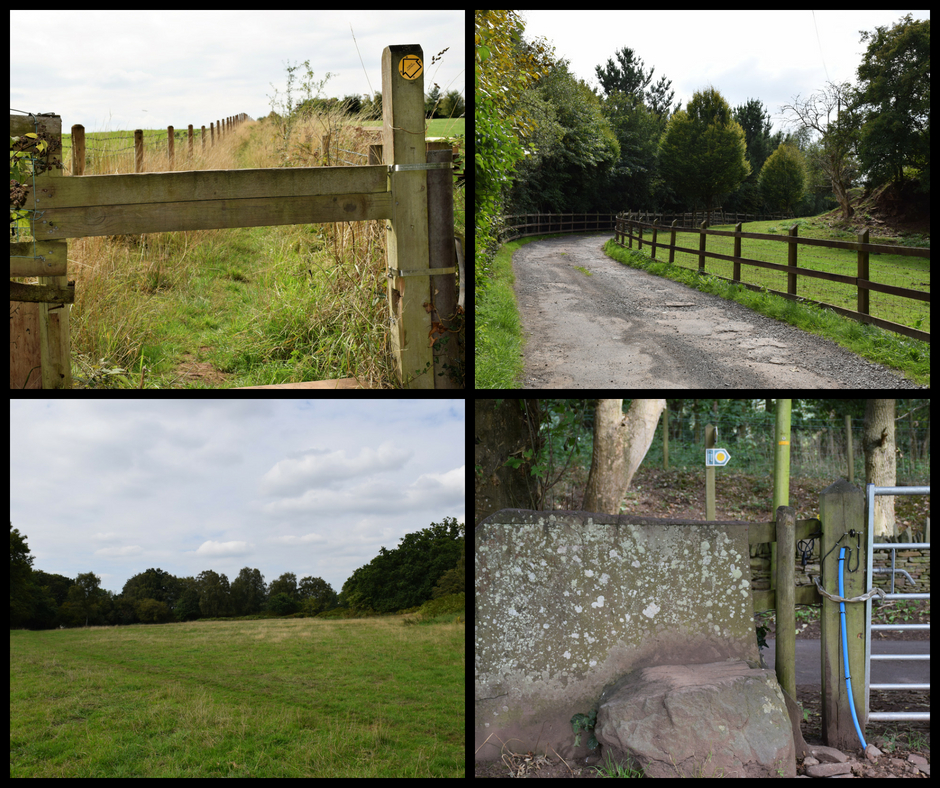 We’ve lived in Winterbourne for 23 years and haven’t been, so today was the day.  Access to the Fort is via a stone stile.  There is a sign indicating the public footpath just off of Bury Hill.  You can walk through the field and exit the other side by another stone stile. There’s not really a lot to see now, you need to have a really good imagination.

I continued my walk along Bury Hill turning right at the small triangle of grass, the junction where Bury Hill crosses with Church Lane and went towards the Frome Valley River.  It was lovely to see people out enjoying the sunshine, running, walking their dogs and riding their horses.  This part of Bury Hill joins onto the Frome Valley walkway.  I continue along Frome Valley River heading toward a bridge, I wasn’t sure which way I would go from there, but once at the bridge, I decided to do a bit of off roading and walked along the river following the walkway. 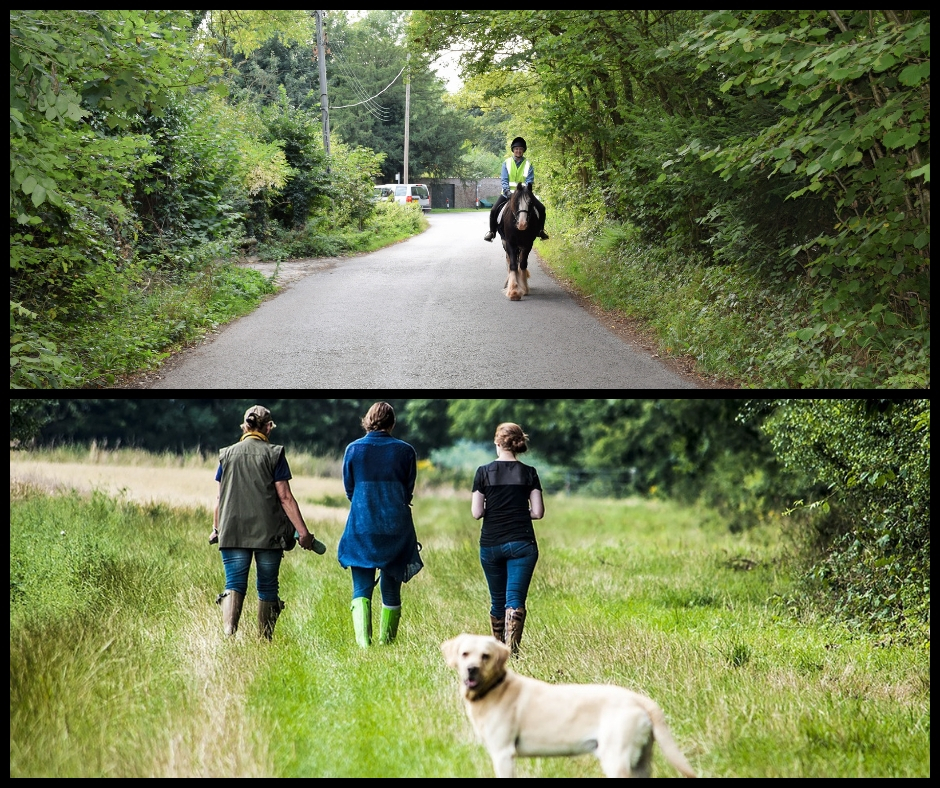 The canopy of the trees were now completely joined together and the damp, crisp forest like smell made for a completely different atmosphere.  I highly recommend having no idea where you are going on your wander and just seeing where you end up, we all have phones now which will help us out when we think we are lost.  I took photos and enjoyed the journey.  Dog’s love this part of the river as it is shallow and the can run in and out of the water and have a fab time.    There is a small very old bridge that you must cross before exiting up the hill, I then found myself amongst the houses in Winterbourne. 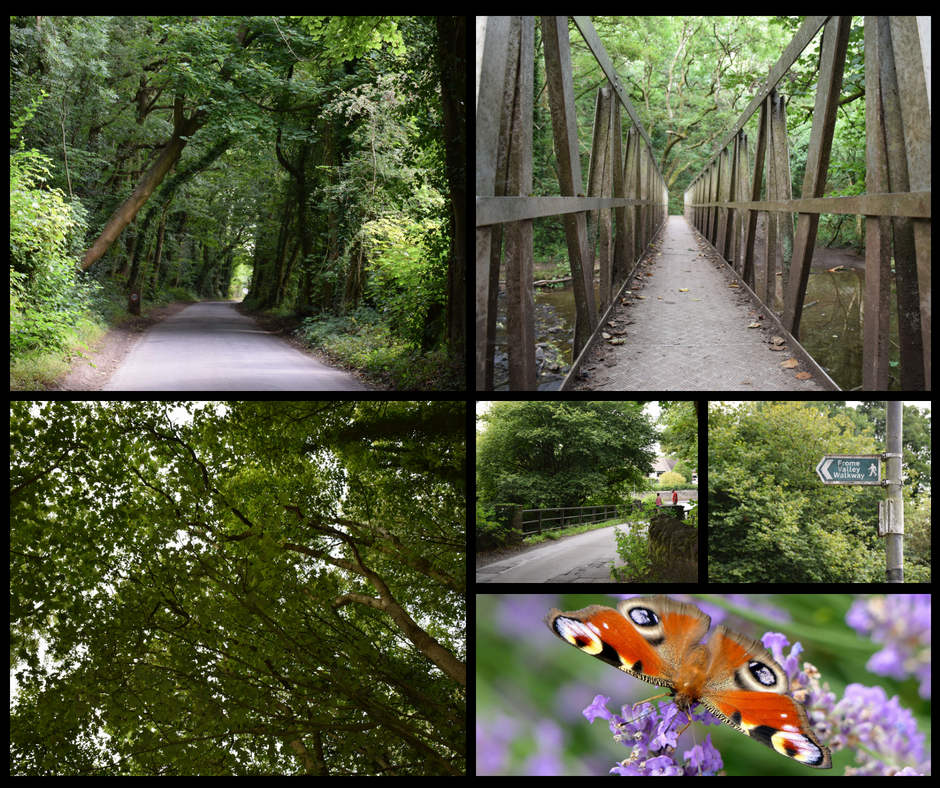 I knew exactly where I was and instead of turning back I decided to continue as there was another part of the River that I have also never walked along.  I passed the Pub the “Cross Hands” on Down Road.  They were having a Cider, Cheese and Chillies Event today.  It’s a friendly proper old-fashioned pub, with tons of character and has a large enclosed garden out the back, family are welcome.  They always have different things going on during the year as they are at the heart of the village.  The Cross Hands doesn’t do food, but it does have lots of guest ciders, ales, snacks and a cosy atmosphere and always has fabulous hanging baskets and window boxes overflowing with beautiful flowers outside.  On this occasion I daren’t stop, I was on a mission today to visit places I hadn’t been to before. 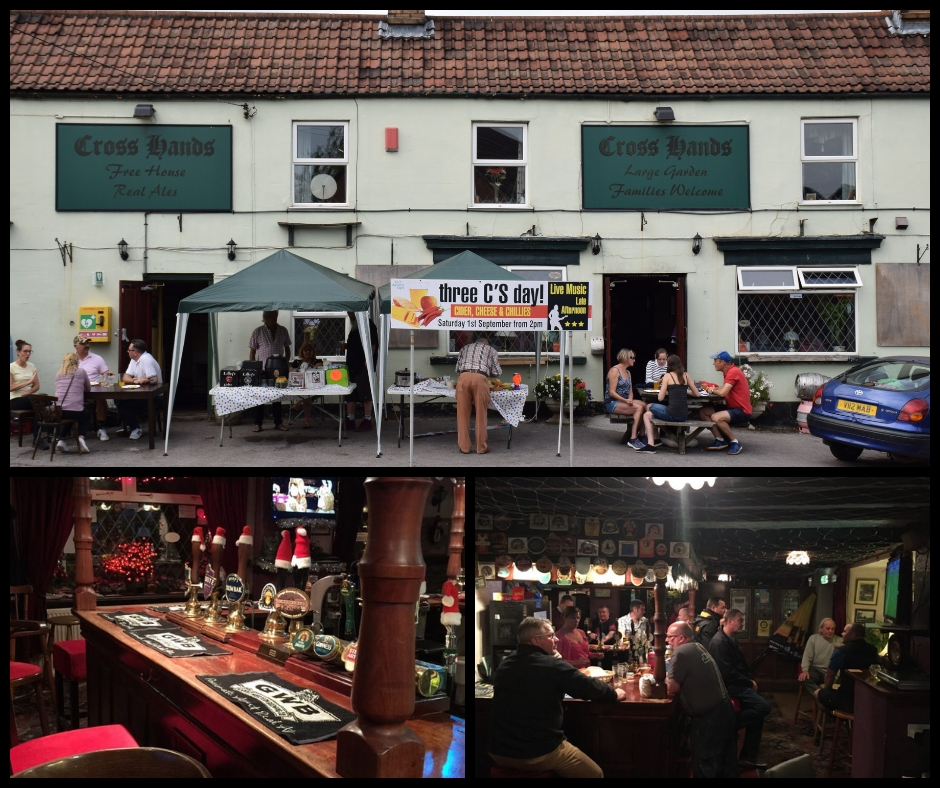 I headed down, Down Road towards the dingle, over Damsons Bridge, and through the footpath gates to continue my journey along the River Frome.  The trees are smaller along this section and the hedges are like tunnels, with some Blackthorn absolutely covered in Sloe Berries.  These are what I was looking for a Forager’s Favourite, but for me I was thinking more for Sloe Gin ready for Christmas.

I wasn’t the only one foraging, one of the fields that run all the way down to the river there where 5 squirrels all burying nuts.  I wasn’t quick enough to get them all together with my camera sadly.  It would have been a great photo.  There were also plenty of Rose hips for me to pick, I’m going to make my first ever Rose Hip Jelly.

In the distance I get a good look at The Huckford Viaduct, a bridge composed of several small spans for crossing a valley, which extends over the River Frome just north of Winterbourne Down.  It was built in 1902 as part of the Wootton Bassett to Patchway railway line. It now forms part of the “Badminton” line from Bristol Parkway to Paddington station.  The viaduct rises to 100 feet above the river and is made up of 11 massive brick arches. The Frome Valley Walkway also passes through one of these arches. 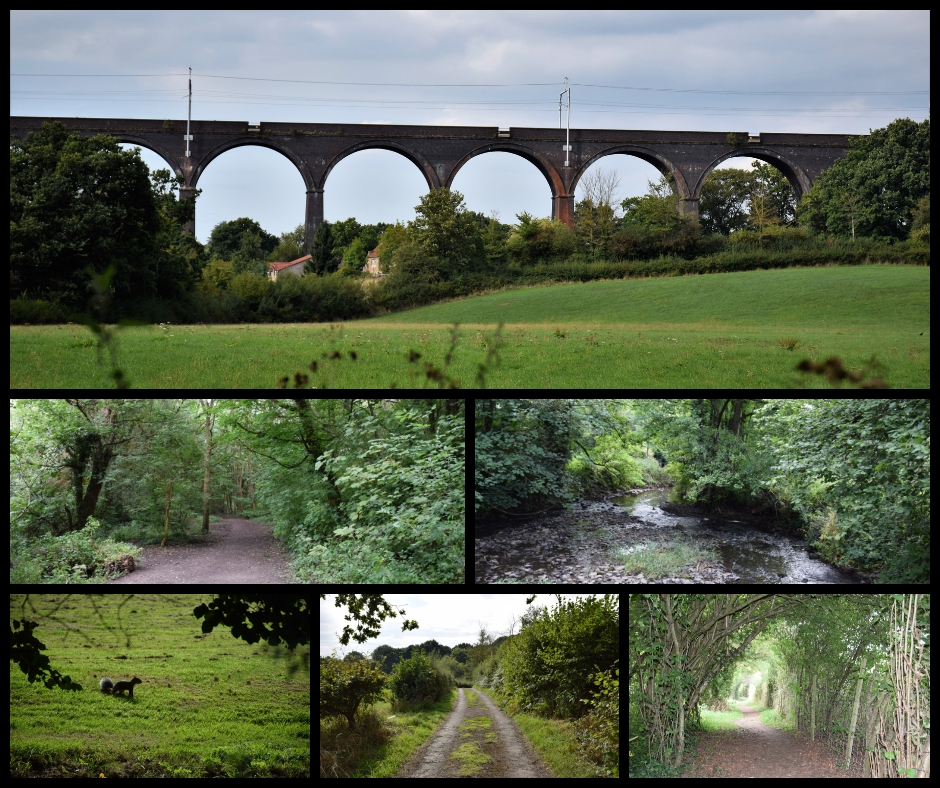 The pathway had many twisted and turns, it was a really good walk and as I went around the bend at the top, I could see so much.  Horses in the fields, Birds of Prey in the sky.  It was a lovely view.  I could have gone on but by now I’d been steadily wandering for 2 ½ hours, I still had to walk back and I needed to pick some Black Berries for the next days pudding, Apple and Blackberry Crumble, first one of the year, it was delicious.  So, I headed back.

Map of my Walk