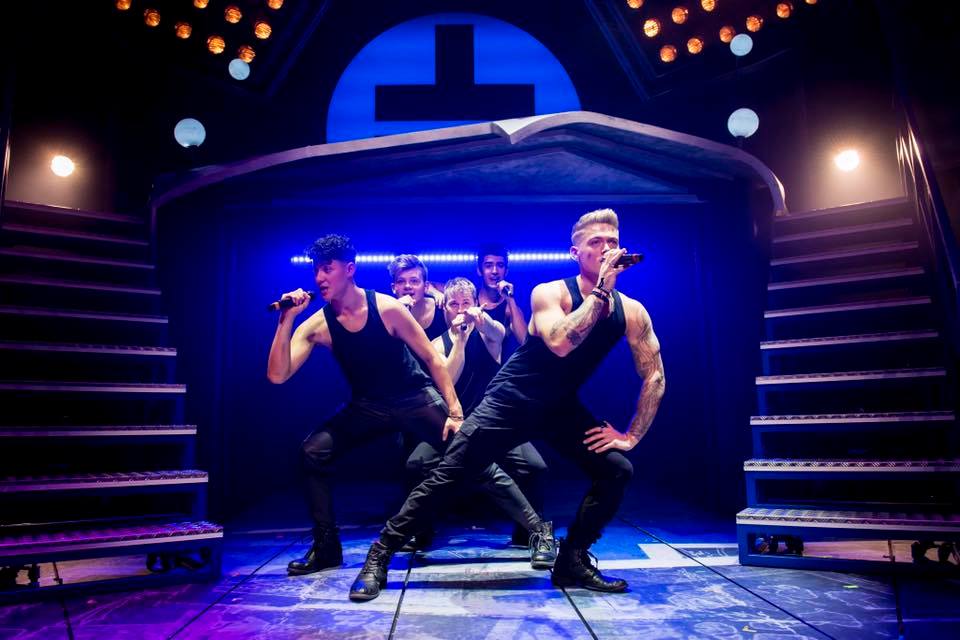 The Band is a 2017 musical written by Tim Firth, featuring the music of Take That, touring from 26 September 2017. The band was cast through the very popular 2017 BBC reality television show Let It Shine.

The show features the spectacular music of TAKE THAT, Britain’s most successful boy-band of all time, whose songs include Never Forget, Back for Good, A million Love Songs, Greatest Day, The Flood, Relight My Fire, Shine & Rule the World.

It’s 1992 and we meet five 16 year old girls for who ‘the band’ is everything. Join us on this emotional rollercoaster as this group of girls who were once inseparable reunite after 25 years apart and try once more to fulfil their dream of meeting the boyband whose music became the soundtrack to their lives.

It stars AJ Bentley, Nick Carsberg, Curtis T Johns, Yazdan Qafouri and Sario Solomon – FIVE TO FIVE, the winners from the BBC’s Let it Shine who with a live band and a cast of 16 present this hugely anticipated production created by the team behind the magnificent Take That live concerts.

THE BAND is now the fastest selling musical theatre tour of all time.