Here are our favourite things to see and do in Bristol.
Some are well know, some not so well known. Have a look around as we have included photos, videos, information and links.
They are in no particular order.

Lovely clean shopping center, covered with a glass down for shopping even on rainy days.  Just 15 minutes away by car. 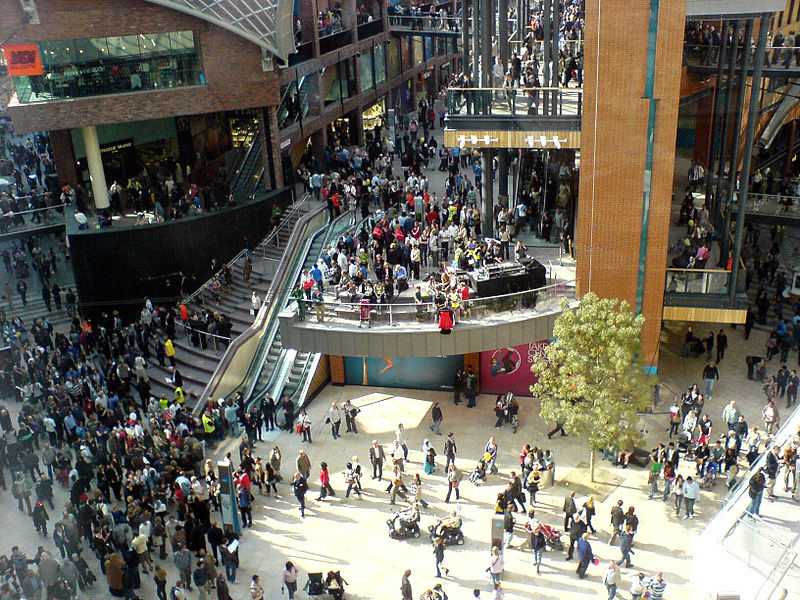 Cabot Circus has 2,500 car parking spaces, with disabled and parent and toddler bays, plus electric car bays equipped with chargers. Prices are biased towards short-stay shoppers, with a low-cost evening parking rate available from 5pm.

An action packed adventure Crazy Golf Course for all the family -Located just 5 minutes from the holiday home. 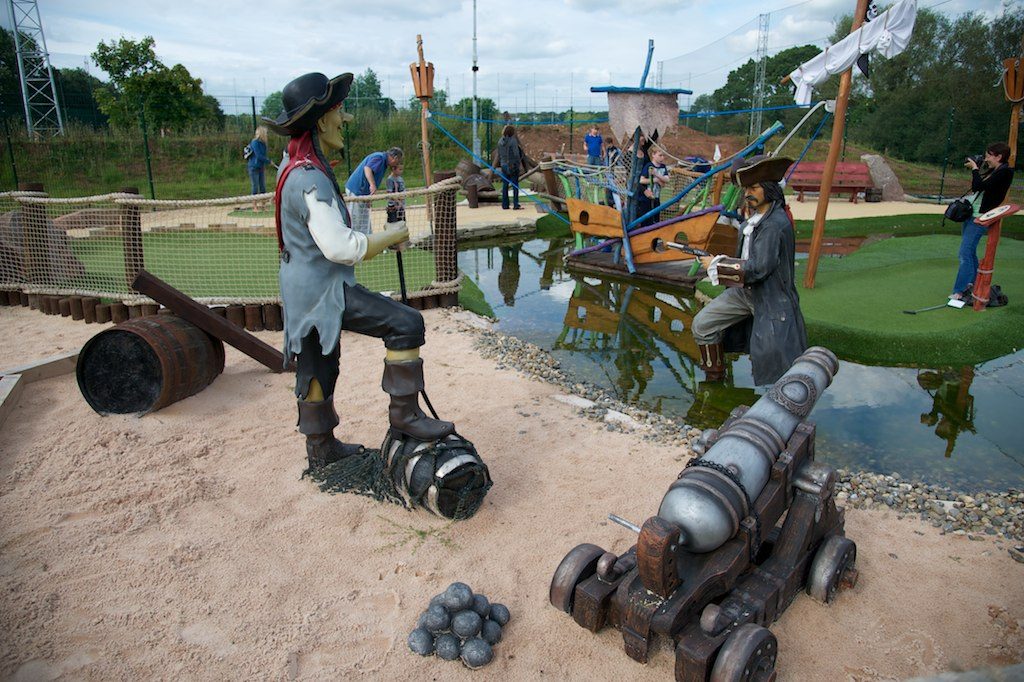 Pirate Bay Adventure Golf at Bristol Golf Centre in Hambrook, is an excellent way to spend a fun filled morning or afternoon with family and friends as it has been specially designed to ensure that everyone has fun, whatever their age or ability level. The course is fully accessible for wheelchair users to play too.

Putt your way around this fun filled theme park setting, and watch out for the alligators when you cross onto the islands on the rafts and boats! A great 18 hole golf experience that everyone will love, whether they are a novice or an expert.

Open everyday, Monday to Friday 9am – 9pm, Saturday and Sunday 9am – 7pm.  There’s no need to book – just turn up! Last access to the course is one hour before closing.  The course is completely foodlit.

Aerospace Bristol, located at Filton Airfield.  A museum of the Bristol Aircraft Company featuring exhibits from the early days of flying up to modern air and spacecraft. 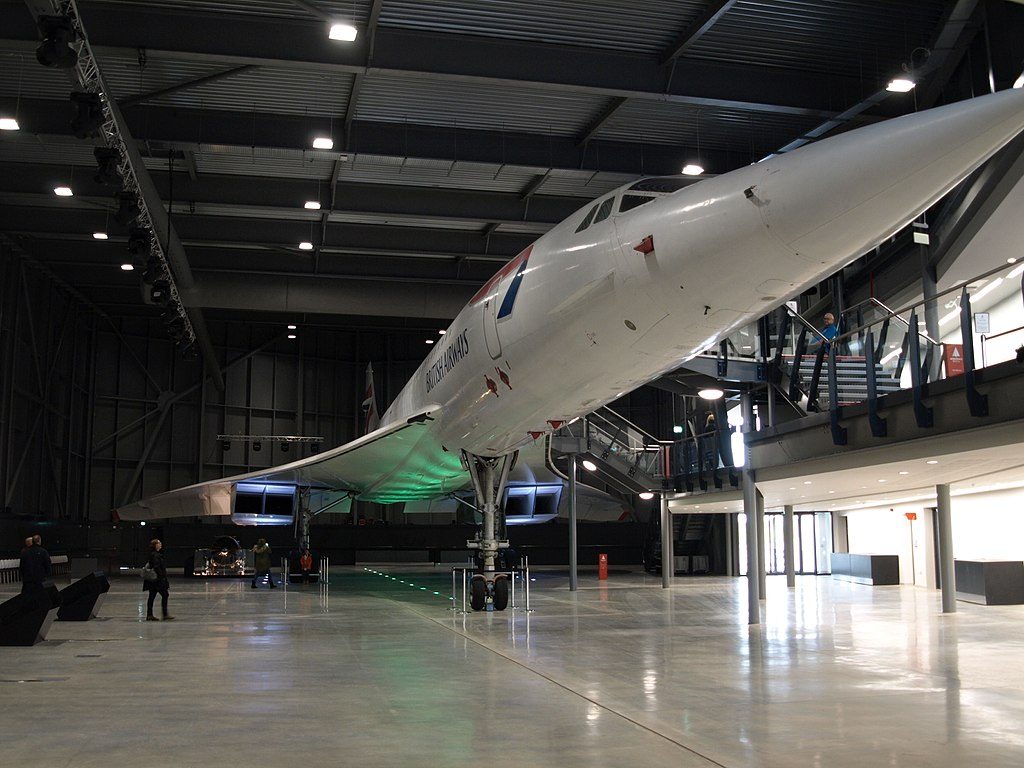 New in October 2017 a £19M aerospace museum at Filton.  The project is being run by the Bristol Aero Collection Trust and houses a varied group of exhibits as well as Concorde 216, the final Concorde to be built and the last to fly.  It made its final flight in November 2003 (flying over Clifton Suspension Bridge) – is now housed in a specially constructed hangar at Filton.  This is where the airframe and the engines of Concorde were largely developed and where the UK assembly line was located; all British planes also made their maiden flight from Filton’s runway.   The building lies next door to a former First World War hangar which has been cleverly renovated to house the bulk of the museum’s exhibits.

The aim of Bristol Aerospace is to recall the past and showcase the remarkable role played by the Bristol site in Britain’s aviation history and to inspire the next generation about science and engineering.  Numerous exhibits – such as flight simulators and interactive options show the museum is most definitely not just aimed at “plane spotters”.

Taking a timeline approach, the museum uses refurbished, restored and replica planes and engines, together with models and intriguing items, such as the keys used to arm a nuclear bomb, to tell Bristol’s aviation story. It travels from the beginnings of the British & Colonial Aircraft Company at Filton in 1910 through First World War bi-planes built here, like the Bristol Scout, between-the-wars commercial and racing planes (the Bristol Racer) and Second World War planes (Bristol Beaufighter and BristolBlenheim) to helicopters, the Airbus (the wings were built here), guided weapons systems and satellite technology.

Once a busy dock where sailors and merchants would trade goods and set sail for voyages of discovery, Bristol’s Harbourside is now an attractive, modern development filled with restaurants, bars, shops and hotels. 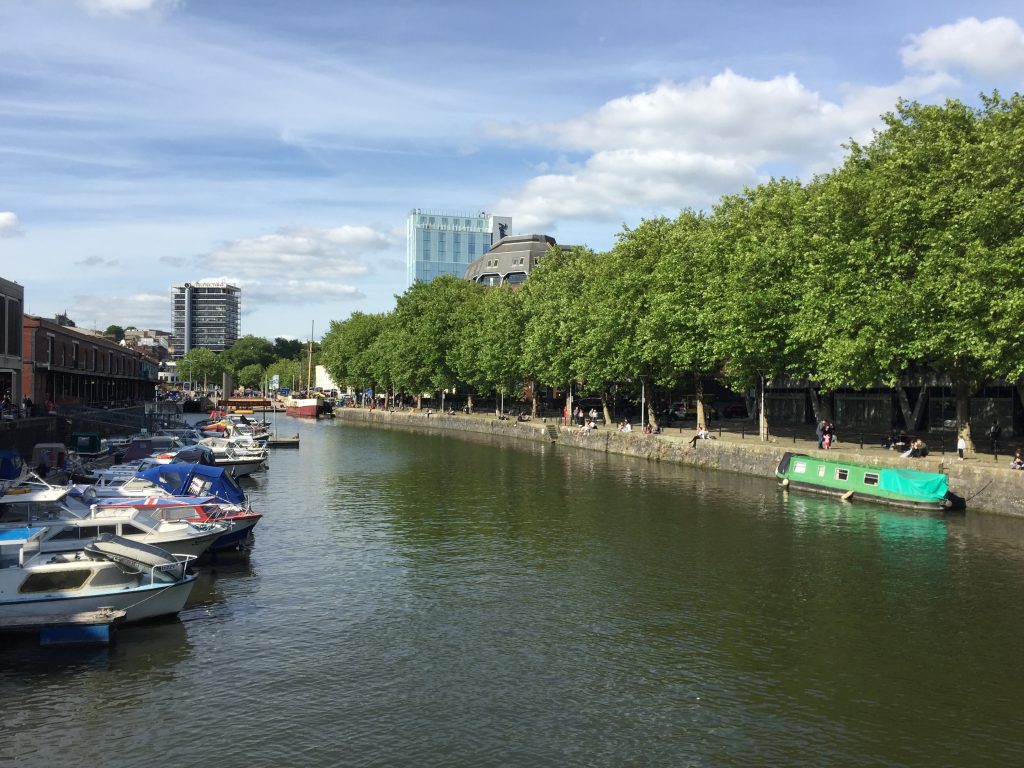 The area is alive with the buzz of Sunday markets, waterside restaurants and bars and a whole host of sports and activities including yachting, paddle boarding, cycling and rowing. Stroll around the water’s edge and you will find Millennium Square acting as a fantastic central hub, with its fountains and big screen as well as world-class attractions such as Brunel’s ss Great Britain, At-Bristol Science Centre, Bristol Aquarium, Arnolfini, Spike Island, Watershed and M Shed. Or you could just let the world pass you by whilst watching the boats head in or the swans swim past whilst dangling your feet over the edge with a cold glass of cider in hand.

Are you visiting in July?  Don’t miss the amazing Free Harbour Festival

St Nicholas Market was named as one of the best ten markets in the UK.   It is the living embodiment of what a market should be and home to the largest collection of independent retailers in Bristol. 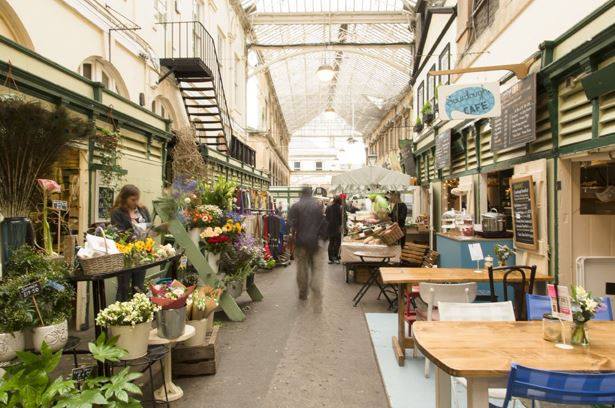 Right in the heart of the City located between the Harbourside and the City Centre, with such a lovely atmosphere is St Nicholas Market.   It is a really authentic experience of the old city with its quirky, bustling market and independent shops and stalls.  There are over 60 stalls, with things you just wouldn’t find in regular shops, this market is a must see for any visitor to the city.  That’s not all, the food stalls are amazing too.

Ashton Court is a mansion house and estate in Bristol owned by the City of Bristol. The mansion and stables are a Grade I listed buildings.  Other structures on the estate are also listed.  It dates back to before the 11th century. 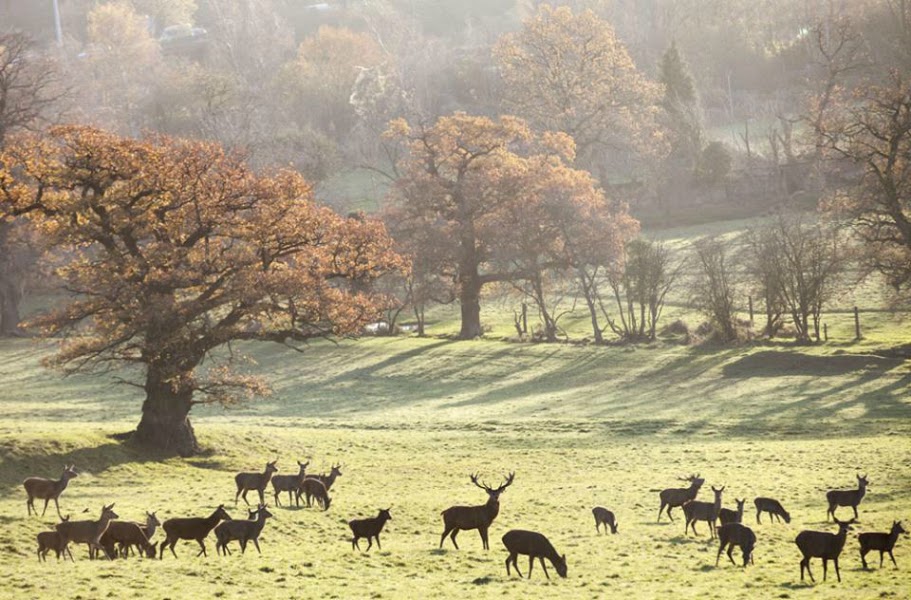 There is also two miniature railway tracks for locomotives 1/3 mile long running on Sundays throughout the summer 12pm – 5pm.   Parking £1.20 per vehicle per day,  estate entry is free.

Bailey Balloons is run by Jo and Clive Bailey whose wealth of experience, untouchable safety record and passion for ballooning has earned them their fantastic reputation.  Clive recently flew Sir David Attenborough at high altitude over the Swiss Alps to film the introduction to the new BBC series, Planet Earth ll .

Clive has been Flight Director for the Bristol International Balloon Fiesta for ten years, flying with Clive you can experience the peaceful serenity and exhilaration of a champagne hot air balloon ride and enjoy breath-taking views of Bristol’s town and countryside.

A 3-4-hour ballooning experience where you are invited to help prepare the balloon for launch, find out all about ballooning, enjoy 360-degree panoramic views of the beautiful scenery as you drift along over stunning countryside, relax and enjoy chilled Champagne on touchdown.   You even get a personalised flight certificate and memories to treasure.

A taster of what Bristol has to offer visitors and local people. A tantalising snapshot of this great city, and there is so much to find out about the history too

Take a bus tour around Bristol on one of the lovely bright red buses.  Hop-on to sample the best that Bristol has to offer on the fully guided tour.  Sit back and relax as you are shown the delights of Isambard Kingdom Brunel’s famous works, breath-taking architecture, amazing shopping experiences, awesome green spaces and the laid back vibe of the historic harbourside — to name but a few.

Make sure you “hop on and off” as often as you like so that you can fully explore this vibrant and diverse city. Oh, and don’t forget to hang on to your tickets for some great discounts available around the route. Tickets are valid for one day, with the second day Fee.

Wild Place Project is a wildlife conservation park,  run by the Bristol Zoological Society and is the sister site of Bristol Zoo.

A fun, family attraction that provides outdoor adventure, play and learning, with a vision is to create a sustainable future for wildlife & people through our conservation and education work.

It aims to inspire families to enjoy nature with a number of outdoor adventures from discovering wildlife from the UK and around the world with seasonal themed trails, exploring the woods and climbing in the undercover Fun Fort and you can enjoy a great range of hot food & drinks in our quaint guest village.

Visitors to Wild Place Project can meet amazing animals from across the world from the mischievous lemurs of Madagascar to the striking grey wolves of Europe. 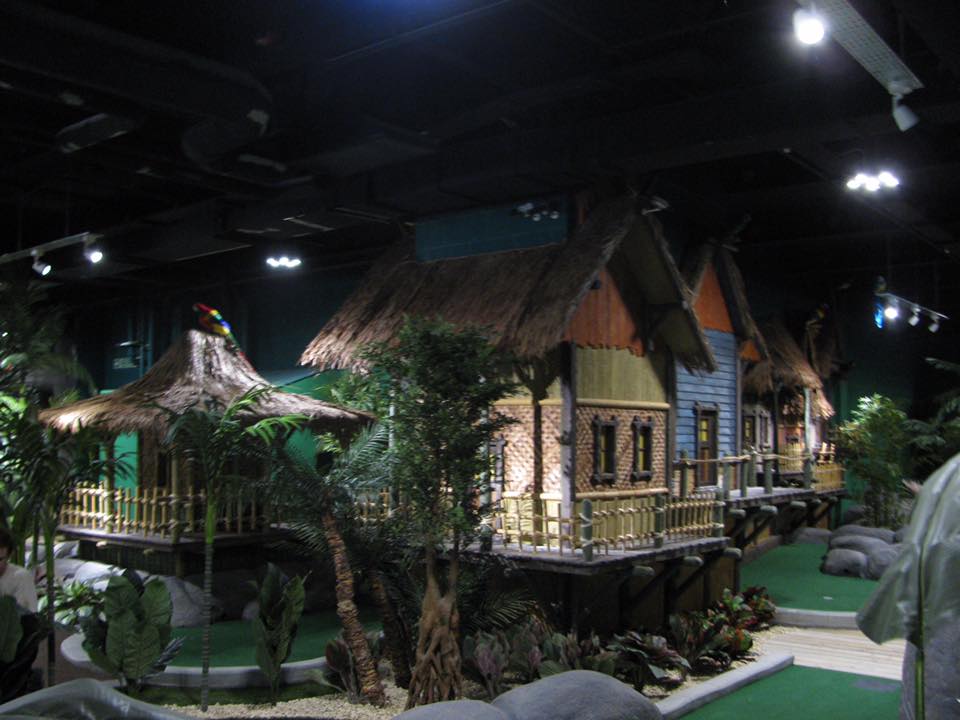 Jungle Rumble Bristol is on the top floor of Cabot Circus.  There are 2 adventure 18 hole courses.

Each course features a wide and exciting array of adventurously styled holes including the live volcano cave with loads of special effects, spooky temple ruins, a secret swamp, rock hard obstacles and tribal huts. It also has a games area with a pool table, basketball shot game etc, comfortable seating and a café/bar.  It’s not just for kids, there’s something for everyone.

If you have any questions regarding the area, the property or availability please drop us a line

We are here to help